The Best Social Media Campaigns of 2017

It was a year of exciting new social media marketing campaigns and surprising new trends. That’s why we’re about to take a look at just a few of the best social media campaigns of 2017.

As we start to settle in for another year of creativity and innovation in the social media marketing field, it’s the perfect time to look at the year that was.  It is time to figure out what we can learn from it.

2017 was an unusual year, and our marketing campaigns reflected that. It was a year of instability in the global political climate and the year in which cryptocurrencies went mainstream and started to smash growth records.

At the same time, we were treated to more new books, movies and music than we could ever consume and a whole heap of new ideas made their inevitable way into popular culture.

One of the big trends of 2017 was the rise of ASMR (autonomous sensory meridian response). The term refers to a tingling sensation that can be felt on the skin in response to a certain type of sensory input. It’s one of those things that’s easier to experience than to explain, so find yourself a few videos on YouTube if you’re curious and you want to experience it for yourself.

Better still, get started with Ikea’s “Oddly Ikea” video in which a female narrator creates a range of ASMR sounds from various Ikea products while talking the listener through their product specs and features. It sounds weirds but it kind of works. That’s why over a million people have already viewed it.

Worldwide Breast Cancer launched their “Know Your Lemons” campaign in an attempt to raise awareness amongst women of the importance of regular breast checks. The potentially lifesaving campaign reached thousands of people from across the globe, educating them on what to look for and when to seek the advice of a medical practitioner. 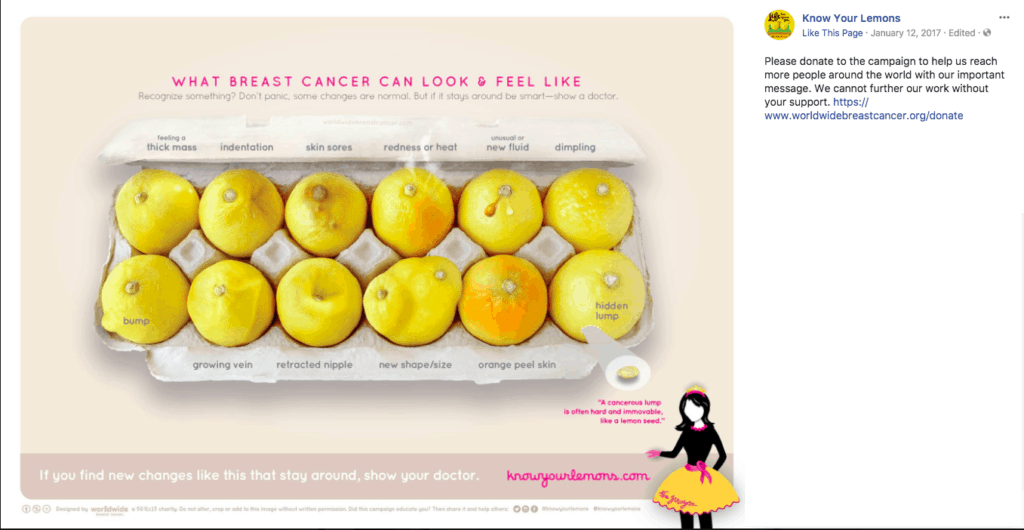 As part of the campaign, they also built a Facebook community to allow people to take part in the conversation about breast cancer and breast cancer awareness. People could even make donations or take part in and arrange fundraisers. Charitable causes always do well on social networking sites, but Worldwide Breast Cancer took it a step further.

If nothing else, this campaign has to take the prize for the weirdest one to make the list. For Cinco de Mayo, Taco Bell launched an unusual Snapchat filter that allowed people to turn themselves into an animated taco – as long as they were at a Taco Bell location.

This might sound like a dumb idea, but it’s a dumb idea that people latched on to. The special filter was only online for the one day, but that didn’t stop it from becoming the most viewed Snapchat filter of all time, generating over ten years of filtered video content in a single day. It was a huge win for both brands. 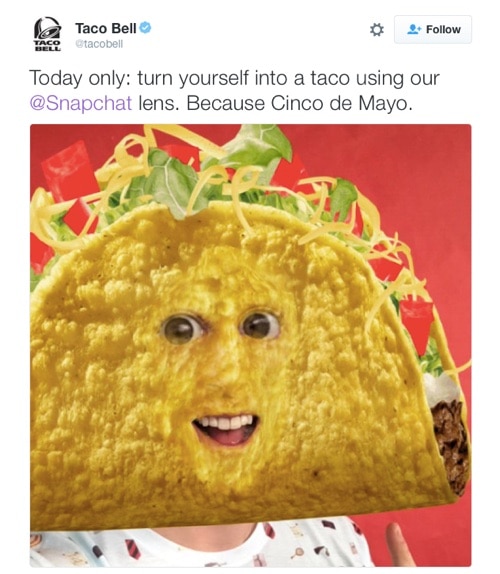 Financial companies always have a tough time of it when it comes to marketing their products because they’re inherently intangible. That’s why many of them turn to corporate sponsorship to reach their target audience. It’s what Mastercard did with Major League Baseball, and in 2017 they decided to augment their sponsorship by targeting Chicago Cubs fans as they prepared for their first world series in over seventy years.

The campaign relied on a specially-designed application that ostensibly measured how loud Cubs fans were and used the readings that were generated to create new content. It was effectively the ultimate form of user-generated content, and the results that the campaign generated seem to suggest that it’s an approach that worked. The resultant video became MasterCard’s most widely shared video of all time, generating almost a million engagements. Not bad for a low-budget campaign.

What makes a good social media campaign in 2018?

If this list of the best social media campaigns of 2017 is anything to go by, it was an exciting year for content marketers and creative teams. Now that the concept of social media marketing is starting to mature, we’re seeing more and more creative ideas from unexpected sources, including from companies in more “boring” industries such as the heavily regulated fields of law, healthcare and finance.

In the meantime, it’s time for us to look ahead to the year that will be, and it seems likely that both live streaming and ephemeral messaging on platforms like Instagram and Snapchat will continue to rise in importance. And if the best social media campaigns of 2017 can teach us anything, it’s that we can learn from other people’s experience and apply those lessons to our own business.

When we look at the past, we can speak with certainty. When it comes to the future, the best we can do is to make predictions, and we can base those predictions on the trends and campaigns that have come before. It’s my hope that this list will help. Good luck.

Hashtag tracking is one of the most underrated techniques available to us as digital marketers....

Are @Mentions the New Hashtags?

Hashtags have historically been our go-to way to group similar posts together on social networking...