The holiday season is almost round the corner. We can almost smell pumpkin spiced lattes and pigs in blankets. It’s time for holiday marketing campaign!

As we are gearing up to one of the busiest times in the marketing calendar, let’s take a look at some great and some not so great holiday marketing campaigns.

Every respected marketing professional knows that cute sells. Combine cute with user generated content and you are onto a winner. PetSmart wanted to utilise the love people have for their pets, so they launched #MonsterCute, a photo costume contest. They invited people to share photos of their pet dressed up in Halloween costumes for a chance to win prizes. This is the kind of campaign that is perfect for hosting on your website as a social media wall. It’s bound to drive traffic and engagement! Petsmart kickstarted the campaign with the help of animal-loving influencers. Since then they received thousands of entries. One could say that the campaign captures everything people love about social media; Pets and user generated content 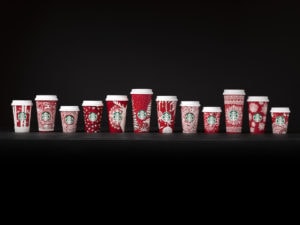 Starbucks and their red cups is synonymous with Christmas and there is even a countdown page here. After 2015’s outrage about their minimalistic red cups Starbucks took notice and gave their customers what they really wanted. They ran a social media competition in each country inviting people to share photos of their own red cup designs on Instagram. Using user-generated content (UGC), Starbucks managed to create cups featuring 13 festive designs. Those were created by women from six countries. Starbucks believed that the holiday cup designs expressed the shared spirit of the holidays as told by their customers.

Wishes delivered is a brilliant campaign making the wishes of a few of UPS’s customers come true. According to UPS they used crowd-sourcing, or in other words UGC, encouraging people to share their wishes using the campaign hashtag #wishesdelivered. Of course some lucky winners had their wishes granted. Sending 180 tons of school books to Africa, or a Christmas tree to a family, provided a wide variety of heart-warming stories. On top of that, for every wish uploaded using the campaign hashtag, UPS donated $1 to select charities, up to a $100 maximum donation, working some magic for a bit of corporate social responsibility too. The campaign has its own micro-site with a wall of curated videos from the campaign.

There is a lot to work with as a marketeer when it comes to Halloween, as it is considered a fun time for all ages. And what better way to entertain yourself and others by dressing up in the scariest way possible. Chipotle wanted to promote their Halloween discount so they embarked on a social media campaign heavily based on earned content. They released a #Boorito video, encouraging customers to dress up and head to their nearest Chipotle. Customers who followed the instructions between the allocated time slot received the Halloween discount. The #Boorito campaign worked well purely because it included the customers, by enabling them to actively take part in order to win.

How do you make a DIY brand a bit more festive? Lowes managed to combine six-second videos of hacks and home improvements tips with a festive theme. The campaign used Vine which is gone now, but could easily live within Snapchat or Instagram today. Using stop motion animations, Lowes provided fun and engaging snippets of content like wrapping your Christmas lights around old wrapping paper canisters. The use of influencers played a big role, as they helped not only create the videos but also increase the reach of the campaign.

5 not so great holiday marketing campaigns

Marks & Spencer went to town with their Alice in Wonderland Celebrity Christmas campaign. They created an expensive, luxurious video which featured its finest products and a plethora of celebrities. The film, although visually appealing, was found to be confusing and without substance. On top of that M&S asked Facebook and Twitter fans to vote on one of two names for Rosie’s cute terrier. Magic or Sparkle, connecting the “Believe in magic & sparkle” Christmas tagline. The campaign lacked authenticity by relying solely on celebrities. But most importantly it lacked a motive for people to get involved. 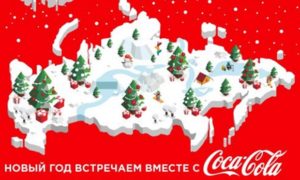 You would think that one of the biggest brands in the world would ensure that they do their research, right? Not the case for Coca Cola and their Christmas campaign in Russia. The brand sent out a tweet featuring an illustration of a snow-covered map of the country. But when people took a closer look they realised the map was outdated, excluding Kalinigrad, which was annexed following World War II. This ‘allowed’ Russians to share photos on social of pouring Coca Cola into toilets with the hashtag #BanCocaCola. This is the type of earned content that no-one wants to earn.

No.3 Bloomingdale’s ‘Spike your best friend’s eggnog when they’re not looking’

How did this campaign go wrong? The clue is in the title. This was a print campaign included in a holiday catalogue featuring a sharply dressed man looking at a woman, who is laughing and appears not to notice him. You can’t make these things up. Needless to say the ad circulated on social media and resulted in such pressure from the public, that the brand published an official apology. It’s clear that it doesn’t matter if your campaign is limited to a specific channel, like print. The power and immediacy of social media leaves nothing unnoticed. Which is why it’s better to use social media channels to your advantage and try to become part of the conversation even at difficult times.

No.4 #SpreadTheCheer – Bad Example of Holiday Marketing Campaign by Starbucks

Here is Starbucks again, this time at a low moment in their marketing efforts. They encouraged people to share messages of holiday cheers using the hashtag #SpreadTheCheer. The messages were displayed on a screen at London’s Natural History museum where Starbucks sponsored an ice rink. Back then Starbucks were having a rough time in the eyes of the public, accused of tax avoidance. Needless to say people hijacked the campaign by sending messages criticising the company. Starbucks PR and marketing departments should have perhaps flagged this one up. A UGC campaign is a great way of gaining trust. However, creating a hashtag campaign in the middle of a PR crisis is not the best idea.

What’s the worst kind of reaction your campaign could attract? How about the Prime Minister calling your campaign absolutely ridiculous? Can it get any worse than this?

Cadbury runs 300 easter egg hunts at National Trust sites, but removed the word ‘Easter’ from the name of the event. This had such a negative response that the Archbishop of York accused the brand for “spitting on the grave” of its founder John Cadbury, who was a religious man. Not only that but members of the National Trust considered cancelling their membership.

Both Cadbury and the National Trust had to defend themselves. Their response was that the word Easter was used in their communications and marketing including their website.

The holiday season is one of the best opportunities for brands to get close and personal with their customers. It’s no wonder that big brands throw a lot of cash on creative and engaging holiday marketing campaigns. They are all fighting for attention and for getting a reaction from their target audience. It’s clear that you have to respect your audience and create opportunities for them to feel valued. And what better way to do that by inviting them to take part in your festive marketing activities. Learn more about successful hashtag campaigns and go through the Worst Twitter Hashtag Fails.

User generated content is vital if you would like your campaign to really make waves and stand out from the crowd. Brands do not always get it right though, especially when they don’t take into consideration what their customers think. But you don’t have to spend all your money on expensive campaign films. Use your customers and their content as part of your marketing campaign. The holiday period a time when customers feel the urge to get involved, be it in the spirit of Christmas, or to give something back to their loved ones and their community.

Is all UGC created equal? Not quite.

There’s more and more evidence to suggest that user-generated content (UGC) is the king in the...

The Best Social Media Campaigns of 2017

It was a year of exciting new social media marketing campaigns and surprising new trends. That’s...

User-Generated Content Campaigns have been big business for a while now, but 2018 has been the...
Close