By Dominic Carelse
Back to Blog

The UGC Engine To Engage Advocates For Change

Every image licensed from the collection will support female photographers of the future and grow the photo library further, so that all media & advertisers can reflect the authentic experiences of women around the world.

In order to do this, the Dove team needed a UGC solution for individuals inspired by the project to submit images and their own personal stories. This needed to seamlessly integrate with their campaign page. Miappi developed a bespoke form that would capture the content uploaded by individuals inspired by the campaign. Miappi also powers the interactive galleries that showcase the contributor imagery on the Dove campaign websites.

The results so far have been impressive by any measure. Just one month after the campaign went live Miappi had facilitated the collection and curation of stories and content from over 3,000 people from across the globe.

Dove is using Miappi to help achieve their longer term purpose – to make a positive experience of beauty universally accessible for all women. After individuals have submitted their content via the Miappi form, a number of individuals will be paired with a photographer to further grow the image bank.

The collection is already making a positive impact on the industry and helping to broaden representation – with 7000 image downloads by over 900 companies in 40 countries across the world. And this is just the beginning.

This campaign has earned Unilever and Dove a well deserved silver Glass: Lion For Change award at Cannes Lions 2019. 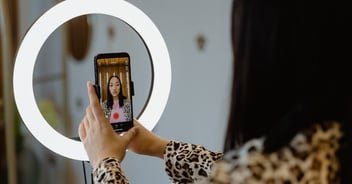