By Dane Cobain
Back to Blog

When Lady GaGa rented an AirBnB property for the 2017 Super Bowl, one single post about her AirBnB stay got a whopping 500,000 likes and 4,000 comments according to Spredfast. Yet, a recent study, The Influence of Experience by BEcause, found that when questioning 1,000 UK consumers only one in 10 people said they were influenced by celebrities. So what’s the truth?

The truth is, celebrities have huge followings. People are curious about their lives. They are what the aristocracy used to be and the average Joe looks up to the ones they resonate with, or at the very least like gossiping about them, or being entertained by them. That doesn’t mean they think they can obtain their lifestyle, or believe in everything they say.

For example, a regular person earns a lot less a month than Lady GaGa and is therefore unlikely to go and book the same properties she does when on vacation. Her posts about vacation stays might open their eyes to a brand, but it doesn’t mean they will look into it further.Likewise, they may like Lady GaGa’s skin tone, but if she promotes a skin product they know she’s been paid to do so. They also know her face is bound to be photoshopped in the commercial images and that chances are she’s using other products too that she now can’t mention. And, let’s also remember that people don’t follow Lady GaGa because they’re interested in skincare; marketing skincare to her followers is not a targeted approach.

Looking at the stats, according to MuseFind 92% of consumers trust influencers more than advertisement and celebrity endorsements, while according to Variety teens perceive YouTube stars as 17 times more engaging and 11 times more extraordinary than “regular” stars.If a celebrity is an influencer in a certain niche they know a lot about, then it’s a different story. If a famous chef says he likes a certain restaurant, he probably really does like that restaurant because he’s putting his reputation on the line as a chef by saying so. What’s more, his following likely has an interest in food; why else would they follow a chef? 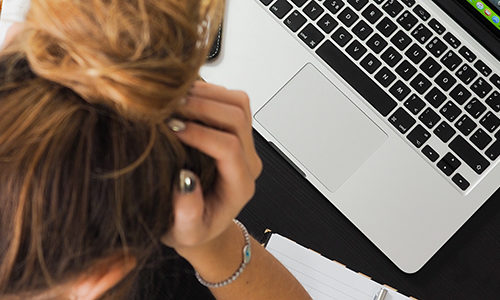 The impact of social media marketing on consumer buying behavior

The theme of trust comes up over and over again these days when speaking of influencer marketing and there’s a reason for that. People have learned that commercials lie and stars are paid to promote things they don’t necessarily care about. In fact, only 4% of Americans think the marketing industry behaves with integrity, according to IPSOS. So how can the impact of social media marketing on consumer buying behaviour remain huge? The answer may be lying to micro influencers.. Take a detailed look at micro influencers.

Those individuals have built a following around what they are passionate about, on the other hand, are a lot more likely to only promote products they have thoroughly vetted as they’ll lose their following otherwise. This is why their audience trusts them.Backing this up with some numbers, in 2015 when Crowdtap did a research they found that content creators’ “foremost method for vetting brand partnerships is by determining which opportunities are most relevant for their audiences.”

The impact of influencer marketing – example

As an example of a micro influencer, let’s have a look at a “fictional” mom blogger who is passionate about healthy living. Her following was built around the content she created in the first place, so she has a niche audience. Most likely a large part of that audience is willing to spend about the same amount of money she is on healthy living and they like a similar style of healthy living, that’s why they’re attracted to that particular blog. Over time she has become an authority on the subject(s) she blogs about and as she writes from a personal point of view and interacts with her readers, people come to trust her. If she starts promoting too many products, making her look like she’s just doing it for the money, or products that turn out to be bad, they’ll voice their opinion and she’ll lose her reputation and her source of income.You don’t reach as many people with one micro influencer as you do with a celebrity, but you reach an extremely targeted market that is much more likely to try your brand because they trust the influencer. And the good news is, you can use several influencers.

The Impact of Influencers on Consumer Buying Behaviour in Numbers

As the story goes the proof is in the pudding (numbers) though and back in 2016 when TapInfluence and Nielsen Catalina Solutions did a study, they found that influencer marketing generates 11 times the ROI of traditional digital marketing. In addition to this Nielsen found that 83% of consumers take action because of trusted recommendations, while Twitter found that nearly 40% of users have made a purchase as a direct result of a tweet from an influencer. Add to that the finds from Salesforce that campaigns that incorporate user-generated content (UGC) see a 50% lift in engagement and you have some pretty revolutionary numbers to ponder.

It doesn’t stop there, either. Twitter and Annalect found that Twitter users report a 5.2 times increase in purchase intent when exposed to promotional content from influencers and 49% of people say they rely on recommendations from influencers when making purchase decisions.Part of the reason why influencer marketing is gaining steam is also because of ad blocking. Not only do people prefer to hear from influencers; they actually block advertisement. According to eMarketer 26.3% of internet users in the US used an ad blocker in 2016 and according to Ovum $35 billion in ad revenue will be lost to ad blocking by 2020.If you look at these trends and numbers it becomes pretty obvious that influencer marketing and user generated content shape consumer buying behaviour and influence their purchases. And while celebrities have reach, micro influencers have power. However, when it does come down to monetizing influencer marketing  we still have a long way to go.

How to Use Hashtags on Instagram – 7 Best Tips From Miappi

If you’re wondering how to use hashtags on Instagram, you’ve come to the right place. Hashtags are...

Are @Mentions the New Hashtags?

Hashtags have historically been our go-to way to group similar posts together on social networking...