By Dane Cobain
Back to Blog

Social proof is without a doubt one of the most powerful phenomena that you can tap into as a marketer. It builds trust in your brand and its products, boosts sales and conversion rates and can dramatically increase the reach of both your brand and its marketing campaigns.

That said, social proof is also often misunderstood, and many marketing departments are failing to take advantage of its full potential. And who can blame them? Marketing teams are increasingly overstressed, overworked and underfunded, and it’s often tricky to stay on top of the latest trends and best practices.

Even when some new trend does come along, it’s not uncommon for marketers to invest huge amounts of time into a non-starter. Remember when everyone said you should sign up to Vine and maintain a regular presence on Google+?

The good news is that social proof isn’t just some random flash in the pan but rather a known phenomenon that savvy marketers have been tapping into for hundreds of years. For example, the British Royal Family has been awarding royal warrants of appointment to their suppliers since 1155, making these warrants one of the oldest forms of social proof.

What is social proof?

But what exactly is social proof?

Social proof is the idea that we tend to trust other people more than we trust companies. For example, if you needed to hire a window cleaner then you’d be more likely to follow a friend’s recommendation than to blindly believe in whatever marketing spiel you saw on some website.

Social proof has always been around – or at least, it’s been around for as long as civilisation has. It’s not too far-fetched to imagine two sailors in times gone by making recommendations on which inn was best to stay at in some far-off port. But now, in the 21st century, we have access to the internet and social networking sites, and they allow social proof to take place in larger volumes. You’ve seen it yourself if you’ve ever checked TripAdvisor or Amazon reviews before making a purchase.

The reason that social proof is so effective is that it fosters both trust and authority. In fact, it taps into psychology concepts in what’s effectively a sure-fire way to make potential customers believe in you and your brand. And now that you understand the underlying concepts behind social proof, it’s time to take a look at what it looks like in action.

One of the most rudimentary (and also most effective) forms of social proof is the bandwagon effect. This is the idea that if you can show that your product or service is already popular, people are more likely to trust in it. In fact, companies often even word it in a specific way, such as by saying, “Over 100,000 customers can’t be wrong!” A great example of this is Basecamp, which proudly proclaims, “Last year alone, Basecamp helped over 285,000 companies finish more than 2,000,000 projects.”

Another great example of social proof in action comes to us via @SlackLoveTweets, a dedicated Twitter account with the sole purpose of retweeting positive messages about the company. This type of social proof is one of the most common forms because it’s so easy for brands to take messages from public social media sites like Twitter and YouTube or on public Facebook pages and to further amplify them.

Netflix is another example of a company which is using social proof in exciting new ways. In fact, their suggestions feed prominently displays shows that are “trending now”, and the very fact that these shows are trending is often enough to make people watch them. They want to follow the crowds and see what they might be missing. And of course, its machine learning algorithm is arguably the ultimate form of social proof because of how it works. It suggests shows to its users based on what other, similar uses have enjoyed. 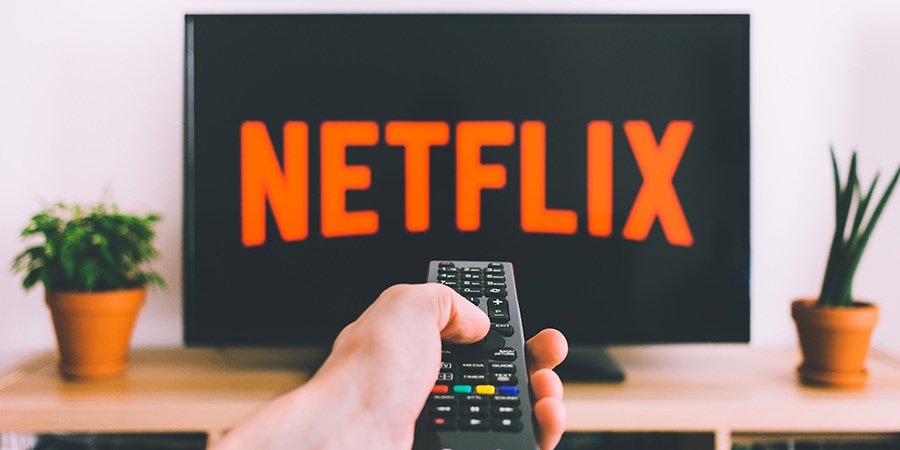 How to make social proof part of your strategy

If you want to make the most out of social proof then you’ll need to find a way to amplify those messages. One simple way to do that is to embed social media posts on your website. For example, you could embed the results of a Twitter search or all Instagram posts with a particular hashtag. But this also comes with its own set of challenges, the most prominent of which is the fact that it doesn’t allow you to manually moderate posts before you publish them.

That’s why it can be a good idea to use a more in-depth tool like Miappi, which is all about allowing you to more efficiently take advantage of social proof. The idea is to help you to scrape content from different social networking sites, collate it all into a single place and then to distribute it wherever needed. This includes everything from microsites and websites to electronic billboards and point-of-sale devices in-store.

Social proof and the marketing strategy

All of this combines to make social proof a useful tool to have in your arsenal. Making it a part of your strategy basically just involves using user-generated content and elements of social proof in your imagery and messaging as much as possible. This applies both online and off, on social networking sites and in-store and basically everywhere you can think of. A great example of this in practice comes to us from Marc Jacobs, the fashion brand which single-handedly created the “selfiecasting” phenomenon by asking their social media followers to audition to model for the brand. The winners were eventually used in both print and online advertisements.ConclusionBy now, you should have a good idea of why social proof is so powerful and why it’s a good idea to make it a part of your approach to marketing. We’ve also shared a few examples of social proof in action from brands as diverse as Netflix, Slack and Marc Jacobs. Now it’s over to you.

Get started by getting a feel for what people are already saying about your brand online. If these conversations aren’t already happening, consider launching a UGC-based competition or coming up with some other incentive. Once you have the content, you can start to think about how best to deploy it.

And if you need a little help, consider giving a content aggregation tool like Miappi a go. These tools are designed to make it as easy as people to gather content, to moderate it and then to redeploy it, and they can make the entire process much easier and more efficient. Measure the results that the social proof has on your conversion rates and keep on iterating to improve the metrics over time. Good luck.

Why is UGC So Compelling? The Psychology of Belonging

From Lindsay Lohan in Mean Girls to Maslow’s Hierarchy of Needs, the basic human desire to “fit-in”...

10 Effective Visual Marketing Tips That Will Work in 2019

Visual marketing is becoming increasingly popular, to the point at which it’ll soon just be...
Close