User-generated content (UGC) is the holy grail of marketing across every single industry, purely because of how powerful it is. That’s because it taps into a concept called social proof, which is essentially the idea that we tend to trust what other people say about brands more than we trust what brands say about themselves.

That’s why user-generated photos are five times more likely to convert customers than non-user-generated photos, and it’s also why 47% of top-performing content marketing teams rely extensively on UGC. It’s also why we tend to check customer reviews before making purchases and why we ask for recommendations when we’re looking for restaurants and hotels.

The Role of UGC in Automotive Marketing

When it comes to B2B automotive marketing, user-generated content is even more important. After all, the best automotive marketing campaigns recognize the fact that there’s a lengthy buying process and include different types of content for every stage of the customer journey. User-generated content isn’t the be all and end all, but it does pack a hefty punch that can make all the difference.

Let’s take a look at just a few of the best examples of user-generated content in automotive marketing. 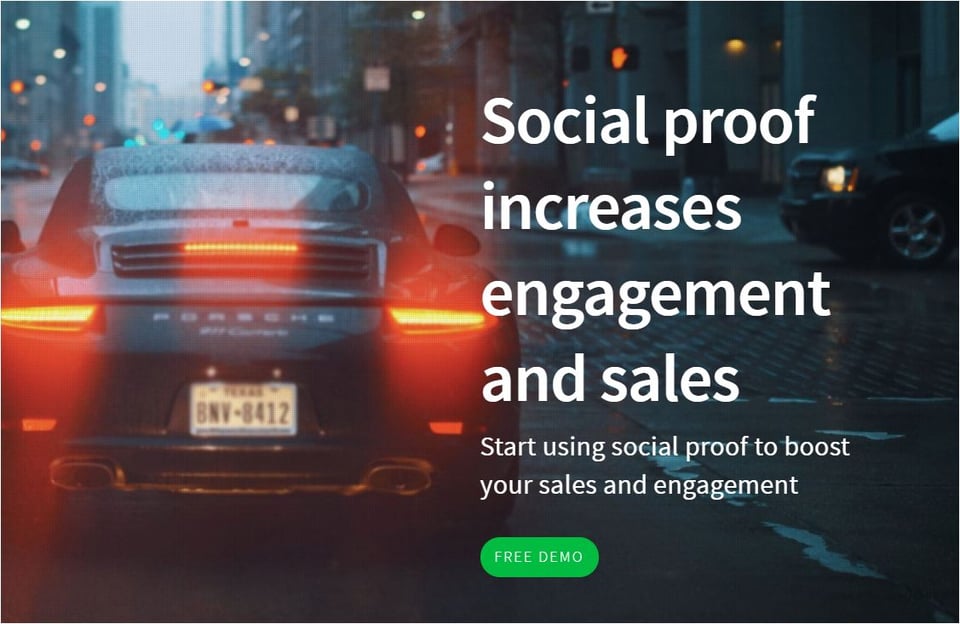 Nissan’s #VersaVid campaign was carried out on the now-defunct video platform Vine, but it’s worth noting anyway because of its innovative approach and the way that it took the six second time limit on the platform and turned it into an advantage. 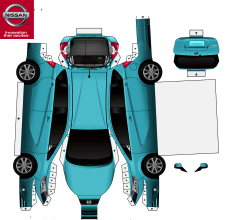 The idea behind the campaign was to invite Vine users to download and print out an image of the new Versa and to create stop-motion animations. Users responded to the challenge by taking their two-dimensional Versas on all sorts of adventures, from road trips and vacations to driving them around the house and navigating past furniture, pets and children.

This campaign was so successful because it took an automotive brand and made it fun while simultaneously giving people free reign to exercise their creativity. The end result was a whole swathe of highly shareable user-generated content that far exceeded what Nissan could have achieved alone.

Toyota’s entry on this list was specifically designed to target younger consumers and to turn them into lifelong customers. They did this by collecting user-generated content that showcased street musicians, artists and other real-life figures that shaped the urban landscape that Toyota’s cars enable people to explore.

For Toyota, this led to a 440% increase in engagement amongst a valuable subsection of the market. It also worked well because they used the UGC to build followers and engagement and only switched to branded content when people had indicated that they were ready to learn more.

When Ford introduced its Fiesta to the American market for the first time, it celebrated with a campaign that relied entirely on user-generated content. What’s interesting here is that they combined user-generated content with influencer marketing to create a list of 100 social media users to work with.

Ford then gave each of these influencers access to a Ford Fiesta for six months, but on the condition that they created content ranging from social media updates to blog posts and YouTube videos. The idea was to show the vehicle in its natural habitat, and user-generated content was the perfect way to accomplish that. 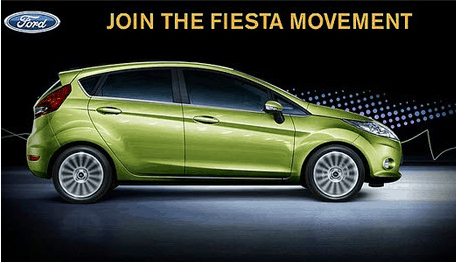 Land Rover’s campaign is similar to Ford’s in that they chose to boost their reach by working with influencers who already had an existing audience. They did this by creating a campaign which revolved around the travel stories that the rugged vehicles enable in areas as diverse as Alaska, China’s Tianmen Mountain Road and the Colorado mountains.

For Land Rover, the focus on user-generated visual content helped to boost their reach and engagement while also raising awareness for the Land Rover. By the end of the campaign, the brand had picked up hundreds of thousands of YouTube subscribers and reached nearly 4 million fans on Instagram. 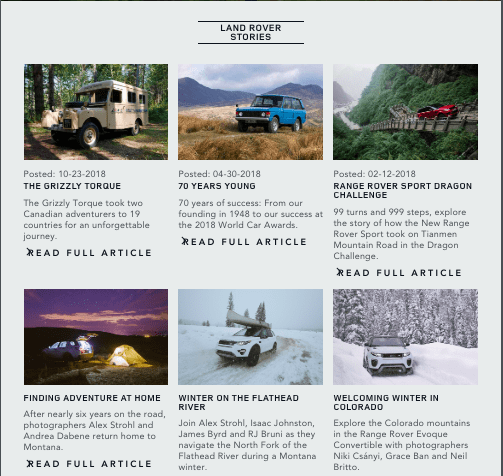 Toyota’s second entry on this list comes courtesy of their campaign to promote the Lotus at the Paris Motor Show. This one is different to the others, though, because it took place at an event as opposed to online only. This added a new dimension to the campaign and allowed people to experience both the car and the user-generated content at the same time.

To capture the attention of motor show visitors and potential buyers, Toyota created digital displays that embedded positive user-generated content about the vehicle. These screens were used as a backdrop for displaying the vehicles themselves, and while it was mainly designed to engage visitors at the show, it also ended up creating buzz online and around the event’s official hashtag.

Automotive marketing has gone from strength to strength in recent years, and the rise of digital marketing has provided people with a way to measure the results of their campaigns and to tie them back to a return on investment. The reason why user-generated content is so popular is that it consistently delivers improved ROIs when compared to traditional marketing, although every company is different and so it’s important to keep an eye on your metrics and to see how it works for you.

Still, even though UGC is becoming more popular and the marketplace is becoming increasingly crowded, there’s still plenty of room for it in your automotive marketing solutions toolkit. In such a competitive industry, marketers need to take every advantage they can, and user-generated content allows you to show your brand in a different light, through the eyes of the consumer.

When people buy a car, they’re not just buying the vehicle – they’re also buying the freedom that the vehicle brings and the driving experience that you get when you sit behind the wheel. You can talk about it in your marketing messages, but it won’t be as effective as it can be to see the same information from the perspective of a real person. It’s your responsibility as a marketer to empower consumers to share their story, and UGC is easily the best way to do that. Good luck.

If a tree falls in the woods with nobody to hear it, does it make a sound? If a customer posts a...

How Entertainment Brands Are Killing it with User-Generated Content

User-generated content is one of the biggest trends in modern marketing, and it’s easy to see...

Is all UGC created equal? Not quite.

There’s more and more evidence to suggest that user-generated content (UGC) is the king in the...
Close